In recent years, a new crop of artists have established themselves on the Maltese Islands yet one of the most prominent is surely Claudia Faniello who will be taking her career to the next level in the coming weeks. One would imagine very good things for her due to the fact that she is young, talented and more so beautiful, which in turn are three key elements for success in the music industry. In this interview, we are going to look at the rise of Claudia Faniello including her participation in the Malta Eurosong, International Festival, current and future projects. 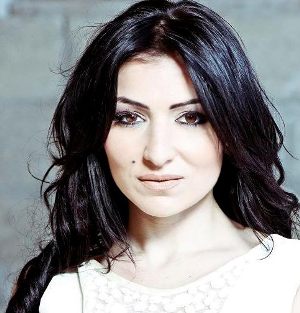 You were first introduced to the public as the younger sister of Fabrizio Faniello through the program Hotspot which aired on Net Television. Such a reality show saw the rise of several notable performers including Eleanor Spiteri and Annabelle Debono amongst others. What was the decision to take part in such a program and was it the place where your career kicked off?

I was told about hotspot from a friend who was auditioning for it and later encouraged me to try it out knowing that singing was a real passion to me. I remember vividly how extremely excited I was about it being something completely new for me. HOTSPOT was a great opportunity for young artists! I think hotspot was in a way the beginning of my career, since then I’ve never looked back.

The year 2006 was surely the starting point though having been selected by Ray Agius and Godwin Sant to sing the song “High Alert” which was originally to be performed by Olivia Lewis who had another song in the Malta Song for Europe and could not perform both. In the meantime, though you had another song written by the same team bearing the name “Treasure Island” which you have never released or performed. How did it feel to be entrusted with such a song and whatever happened to the latter entry which failed to make it through?

When I was entrusted with ‘High Alert’ I was ecstatic! I couldn’t believe both Ray and Godwin had actually given ME the opportunity to sing it in the finals knowing I was just a newcomer. I guess it was the first time I felt someone really believed in my talent…I’m not sure what happened to ‘Treasure Island’ but after auditioning with it I never heard of it again.

You kept taking part with your songs in subsequent years making it to the semi-final on each occasion before reaching an absolute climax in 2008 finishing in both first and second runner-up positions with the songs “Caravaggio” and “Sunrise” both composed by Ray Agius with one them written by Godwin Sant. How did you view such an experience and did it encourage you for the future?

The year 2008 will always hold a special place in my heart. Being given both 2nd and 3rd placing on the same night is a feeling one cannot really express in words. Apart from begin an absolute climax I believe it was the first time people became to know me and my voice. It was the end of an era and the beginning of another in the sense that I wasn’t just a newcomer or Fabrzio Faniello’s sister anymore. I was ME 🙂

This year though, things changed and you decided to work with the notable Philip Vella and Gerard James Borg who have written a number of Eurovision Song Contest entries including Desire, 7th Wonder, On Again … Off Again, Vertigo and Vodka. Why did you choose to work with such a song writing duo when noting that all of your previous success had come with the talented Ray Agius?

I had been working with both Philip Vella and his son Sean in various events, it was then when we decided to do something together and in fact my 2nd entry for the Eurosong 2009 was their song ‘Midas Touch’. I think singer should be flexible and keep their options open to try different songwriters just like songwriters approach different singers with their songs. An artist shouldn’t be afraid to change and experiment new things. I opted for ‘Samsara’ this year after listening to a variety of songs, it was the only song that encouraged me to participate again in the festival after having a lot of doubts whether I should participate or not.

In Malta, the second main festival is considered to be the Konkors Kanzunetta Indipendenza, a showcase within the Maltese language, and one which you managed to win very early in your career as in 2006 you surprised and silenced any critics achieving victory with the song “Ma Nafx” also written by Ray Agius. Did it come to you as a surprise, that you won the festival being so young or did you believe it was the right moment to shine?

I knew I had a good song and after performing it, I was really content with how the whole act turned out. However, it was still a huge surprise when they called out my name as the winner of the festival. Apart from being awarded as Best newcomer earlier that year in the Maltasong, I had never won a prestigious festival, so I was absolutely delighted by the outcome. Every new experience especially a good one is always unforgettable just like that night will be for me.

In recent months, whilst talking to your manager, Trevor Fenech, ESCflashmalta exclusively revealed that you are working on your debut album which will be entitled “Convincingly Better” which is set to be distributed abroad by a major recording label. What could you tell us about this album, meaning what feelings does it evoke? Will the album be full of original songs or will it be a mix of original songs and cover versions?

Whenever I’m asked something about my album I smile widely. I’ve always wanted to work on an album, I guess any artist does. ‘Convincingly Better’ is the real Claudia, far from the one everyone is used to seeing on stage in the Eurosong. Finally I’ve come to a point in my career where I’m taking a different turn, something which is CONVINCINGLY BETTER :)) …There are two covers the rest are all original tracks some of which are written by famous author Mary Applegate (The power of love).

In the last couple of years, since your debut participation in the Malta Song for Europe which has now become the Malta Eurosong, your aim was to become the Maltese representative in the annual Eurovision Song Contest and despite being close on two particular occasions, you have never managed to reach that coveted first place. Have you set it as a goal for yourself to represent the country in 2011 or have you given up on such a dream?

I’m not sure what I’m gonna do for next year’s Eurosong. I’m concentrating on my album at the moment which is my priority. This does not mean I’ve given up on winning the Eurosong or participating in it, it means I’m keeping my options open and do different things which will lead to new ventures!

Would you like to say anything to your fans www.escflashmalta.com?

I’d like to thank them for their constant support and loyalty. My appreciation is in the form of an album, a piece of who I am and of who I will become.