Over the last couple of weeks, many people had been building in anticipation for the biggest local musical event of the year and last weekend, it took place in front of an extremely warm crowd who applauded each and every act in this years’ national selection held in the Mediterranean Conference Centre in Valletta. At the end of the two day extravaganza, we had three winners, with one chosen to represent the nation in the upcoming Eurovision Song Contest which is taking place in Dusseldorf, Germany. I am speaking about none other than Glen Vella, the man who stole the nations’ hearts with his song, charm and charisma and who has just spoken to us about various aspects of this experience. 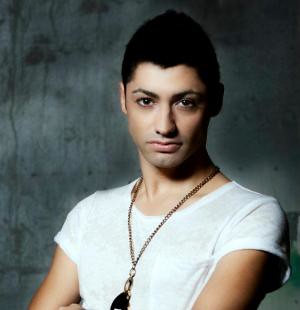 We have already spoken last year and one of the things which we started talking about back then is how you managed to delve in the musical lifestyle learning how to play the piano and getting vocal training. Many singers start way before their teenage years although no formula has been proven successful with you being one of the many cases in point. Why did you take so long to take up such a path and who was the person who pushed you to being such a career?

I always took part in school’s activities especially on stage! But it was at the age of 13 when I decided to take it seriously. My parents supported me from day one and I owe it all to them! 🙂

This year marked your fifth participation within the Malta Eurovision Song Contest and having hit a number of placings in each participation finishing fifth on your debut with the song “Appreciate”, losing in the semi-final round back in 2008 in the duet with Pamela entitled “Loved by You”, ending up in third place with the group Q with the song “Before You Walk Away”, flying to second place just last year in the solo effort “Just a Little More Love” and now this year winning with the song “One Life”. Each turn proved to be an enticing performance, both vocally and visually but many people are still in love with last years’ entry. What, in your opinion, makes the crowd go crazy over your last two entries and how have the previous entries helped you prepare for this year?

I think it’s the energy I put while I’m performing and the fact that I sing every note deep from my heart. My previous entries helped me to gain experience and being more professional in the choice of songs particularly that of this year.

Over the last couple of years, many local fans but even more foreign fans of the Maltese selection have been complaining that the quality of songs has been dwindling but this year it seems that all has changed with many people applauding the level of entries in the 2011 Malta Eurovision Song Contest announcing that it was extremely difficult for them to find a favourite out of such a strong lot. What do you believe was the reason behind this improvement? I

t’s true this year there was quite a strong bunch. I believe that songwriters are concentrating on the quality rather than the quantity of songs and I hope it gets better every year!!

The dominance of the females for Malta is held off for at least one year but one should keep in mind that in this years’ national selection, the top four acts were actually males and that is quite impressive when noting that the last male we sent to represent us was a very long five years ago. What do you think happened within these last couple of years with the level of the male gender always dwindling, so much that less and less made it each year?

I guess that the number of female applicants is larger so the number of qualifying males is much less. It also depends on the quality of the song regardless of gender!

The voting period during the Malta Eurovision Song Contest this year was surely one of the most enticing battles that has ever took place with the final tally going in your favour seeing you win by just a margin of two points. You won the tele-voting section which had one third of the final vote and yet you came joint second in the Jury voting but it was enough to secure your victory this year with that final mark awarded by the Italian superstar Riccardo Cocciante seeing you climbing up on the podium. What were your thoughts were you received your final points and did you believe that you were going to win?

I always believed in my song, in fact I just submitted One life only for the festival. As said before, it was tough this year and even if I received very positive feedback on my song nothing was certain. I started freaking out after I heard Mro Cocciante saying “12 points go to……ONE LIFE”. I cried with joy.

You have represented the Maltese Islands on a number of occasions abroad and also brought back home trophies which you will surely keep well close to your heart and despite your presence within the Golden Stag held in Brasov, Romania being the pinnacle within your current memories, I am absolutely sure that the Eurovision Song Contest will be topping that as many other performers before you have stated that it is the ultimate showcase for the local talent. How do you view previous experiences when looking forward to new ones?

They give me courage and strength to continue in what I believe in. I always learnt something from past experiences being good or bad. They helped to build my character, and now I feel prepared for this great experience.

The song which you will be presenting on behalf of Malta in Dusseldorf, Germany on the 10th and hopefully 14th May is entitled “One Life” and it is written by Paul Giordimaina and penned by Fleur Balzan, a team which has been very close and yet so far in recent years. The song in itself has a very strong message and you do your best to perform it in the best possible way and we were wondering whether you can explain what you think about the message of the song and how does it characterize you?

Although the song is not written by myself, I collaborated a lot with my author Fleur as I wanted to  perform a song which I honestly believe in. The message for everyone is  ‘Live and Let Live’.

The team which you presented during the Maltese national selection included three backing vocals being none other than Isabelle Zammit, Pamela and Angela Spiteri, all of whom have a number of experiences in the music scene here in Malta as well as two dancers, one of which was the winner of the local competition “L-Isfida” bearing the name Simon Law and the other being trained in the art of dance known as Sandro Zammit. This team has mainly received great reviews and many people are hoping that you will be keeping them for your performance abroad. Will this be the case and if so will there be any changes to the performance in any way?

I consider myself very lucky for having had this great team with me on stage. They surely contributed to my victory. At this stage discussions are still under way.

Every year, the local public comments on whether our representative will be going outside of the borders in a promotional tour and I specifically remember Thea visiting a number of countries including Slovakia, United Kingdom and Belgium amongst others. Is the Public Broadcasting Services preparing a strategy for you and your entry “One Life” to get some international exposure at first hand before heading off to the Eurovision Song Contest and to keep the ball rolling on the same general aspect, with Malta have a promotional clip to go along with this years’ entry?

There are plans to visit such countries in order to promote the song. Also internet is a very effective technique and we’re working hard on this to promote the entry as much as we can.

What would you like to tell our readers and the loyal Maltese public at www.escflashmalta.com?

I would like to thank you all for you great support and for making my dream come true. I’m living my biggest wish and I promise you that I will do my very best on stage and to promote our country as much as I can. Thank you so Muuuuuuuuuuuuuuuuuuuuuuch 🙂

I would like to thank you on behalf of the whole Editorial Board at www.escflashmalta.com for finding the time to answer to our questions and I would also like to thank your Press Relations Team lead by Peter Carbonaro and of course the whole organisation of this years’ participation in the Eurovision Song Contest led by the Public Broadcasting Services, Chief Executive Officer, Anton Attard. Good Luck Glen !!