The most successful nation at the Eurovision Song Contest will remain Ireland for quite a number of years to come due to the fact that the only country close to their record of seven victories is the United Kingdom whose result in recent years have not been marquee so to speak. Ireland’s last victory came on Norwegian soil when Eimear Quinn performed the haunting Irish Celtic song ‘The Voice’ charming the Jury on her way to a magnificent win. Until the millennium, the country continued to perform well finishing as the runner-up and twice in the top ten but then it started going downhill with the nation even failing to make it to the event in 2002 having been relegated following the result of ‘Without Your Love’ by Gary O’Shaughnessy. Still, there were positive top ten results in 2006 thanks to Brian Kennedy and his ‘Every Song is a Cry for Love’ and also 2011 thanks to Jedward with the entry ‘Lipstick’. Now it is the time to make sure that the right choice is made! 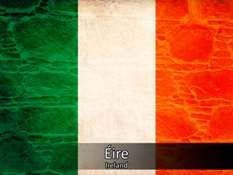 Tráthnóna Baile Átha Cliath! Welcome to our live coverage of the Late Late Show Eurosong which will be featuring five performances this evening in a format that was used for the very first time last year. The Irish broadcaster has selected five mentors from the entertainment industry to pick their respective acts and songs with the best hope of representing Ireland in the best possible way and the line-up is quite impressive when it comes to song quality. For yet another year, there has been a lot of controversy surrounding the fact that Jedward were called up for a reprise performance with a brand new track, hoping to do the event for a second consecutive year stating that would like to do what Lena did in 2010 and 2011. Nevertheless, the show is about to commence and therefore you can follow our report as well as the show itself through RTÉ.

The show kicks off and they start introducing the panel who will comment on the songs tonight. The first one is Marty Whelan, whose some sort of veteran in business having been the Irish commentator for the past fourteen years. Oh well, the Irish are really proud of their past results and they should be having won the contest more than any other participating nation – Jedward’s result last year was the best result they got in recent years. Will this year’s winner go even further? Joining Marty on the panel is none other than Niamh Kavanagh who represented Ireland twice; she won it back in 1993 and reached the finals 2010. The last person on the panel is a self confessed Eurovision fan who is obsessed with the show, she was on the panel last year too and she seems to be an Irish Eurovision darling. We get another compilation of singers who became a success after the Eurovision – it seems that Ireland are trying to remind the viewers that once in a while people managed to launch their careers through this showcase.

The first song is very Irish. The focus is on the female singer who is wearing a black dress. She is accompanied by two female backing vocalists, a percussionist and two fire jugglers. She is singing in a ring of fire and this increases the drama in the song. The voice is spot on, but although the song is beautiful I can’t see it leaving an impact on the Eurovision audience. It sounds too Irish and perhaps the staging was too dark for my liking – although the general Celtic feel was nice.

Donna’s back. She’s done Eurovision with her brother back in 2005 and last year she backed our very own Janvil in the local selection. The song is current and surely can be a hit but I feel something is missing but I cannot grasp what it is. Donna surely enjoyed performing the entry and looked confident in selling her song to the crowd. It’s a radio hit but I doubt if it can be a Eurovision hit! The performance needs more energy and life as it looked a bit too static. Well, one thing’s for sure, Donna is seen as the best hope to pull the upset over Jedward tonight but after this I guess it’s going to be tough.

Some Irish rock is next to the stage. The singer is accompanied on stage by his band. The song is good and in comparison to the other two it sounds really authentic. The team along with his mentor focused on some real music and the singer’s strong voice. Will it shine at the Eurovision!? Well I doubt it, but it surely a song worth listening to. Something that you would enjoy on a relaxing night out. Well Ireland tried some cheesy rock before with ‘Et Cetera’ but they didn’t do so well – I guess if this goes to Eurovision it will surely capture the judges attention.

Seasoned professionals according to their mentor singing the cheesiest song in the history of Irish selections. It sounds like an anthem gone somewhat wrong with the cheesiest lyrics – the person  who wrote these lyrics must live in a Utopia. The vocals are strong and compliment each other well and the band is nice but surely this was NOT the right song for these two. I love their voices but it’s so Eurovision that will surely FAIL miserably if chosen. It’s old fashioned and if Ireland sends this I’m pretty sure they are going to be ridiculed. Having said that it is surely one heck of a guilty pleasure as the tune is stuck in my head and can’t really get out.

Well Jedward has the strongest song in the competition but it is nowhere as strong as last year’s song. Was it sung well!? Not really and they need loads of work. The backing singers did a great job and at one point I really wished Jedward’s microphones were switched off so I could hear them. Having said that, they have a great fan base, a great song, loads and loads of energy to give and you cannot not love the crazy Irish twins. They should have no problems in winning tonight I think but they have to work in giving a much stronger performance as the song itself has great potential – some help in the choreography would help.

Has Ireland found the next Eurovision winner from this bunch? I don’t think so, but if Jedward get chosen I guess their popularity would be enough to get them through to the finals and achieve a decent result come Saturday night. If want to head for some quality Andrew Mann is the one to go for. Whilst if they want something which has a Eurovision feel to it but not that obvious Donna can be a great representative if the song is reworked well and given the right presentation.

The televoting lines are open and ‘The Late Late Night Show’ continues with an interview with Mr Martin Sheen who seems to have taken a liking to Donna McCaul’s song Mercy as he publicly declared he loved its Christian theme. He seems to have been taking the mickey out of the situation but continued repeating the title when the presenter asked him to say that he is in love with all the songs. It seems that these faux-pas happen in each and every country.

The Eurovision part is back on and the three critics pass on their verdict and it seems JEDWARD are the favourite with them followed by Donna McCaul and Andrew Mann. A short recap of SOME of the songs participating in this year’s Eurovision Song Contest is shown and even though it was possibly the shortest song in the bunch – Malta’s This is the Night was featured. The host introduces Bucks Fizz who are no strangers to Eurovision having won the contest back in 1981. Guess what, it seems they have been doing their Eurovision choreography in their sleep as they still remember the exact dance moves 21 years later.

The voting is about to start… oh this is so exciting. Let’s see whether we have a miracle and JEDWARD are somehow defeated.

WHAT A SURPRISE! A RESULT NO ONE ACTUALLY EXPECTED – Oh well I hope you’re getting the fact that I am being sarcastic here but with this win for JEDWARD it will reconfirm what the betting odds are stating so far, Ireland are the still the favourites for this year’s EUROVISION SONG CONTEST. Will anyone beat them to it in the betting odds!? Still a long way to go. I believe there are a number of countries that can take this away from them. P.S. It is better to let the Irish delegation that the coordinated hand movement their backing singers are doing is totally ripped off from ‘This is the Night.’

JEDWARD WILL BE FLYING THE FLAG IN BAKU WITH WATERLINE!