RTVSLO, the Slovene broadcaster responsible for the participation in the Eurovision Song Contest has decided to revamp their selection process for Baku, Azerbaijan. The main choice was surely with regards to the performer rather than the song but then again, following the talent competition, songwriters from both local and foreign songwriters including some which were called in specifically for the occasion. The final song selection process known as EMA 2012 will be featuring two (2) performers performing three (3) songs each, specifically written for them. 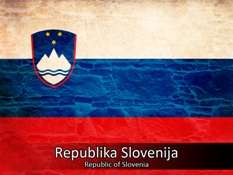 Last year, Slovenia were represented by Maja Keuc and the song ‘No One’ making it to the finals of the Eurovision Song Contest before reaching a mid-table position. They will be hoping to improve on this status. Dober Vecer Ljubljana! Welcome to the final of the Slovene selection which will be fearuring Eva Boto and twin sisters; Nika & Eva Prusnik.The evening is set to be hosted by last years’ representative Maja Keuc but the decision will be made by the public and a jury which has been appointed for the selection process. It will include none other than former Eurovision Song Contest representative Darja Svajger. The best song of each act will make it through to the super-final where the public alone will have their say in who will go to Azerbaijan to represent Slovenia in the largest musical competition in Europe. You can follow the live stream through the official website of the Eurovision Song Contest and also the live report here on ESCflashmalta.

The show gets to an interesting start noting that Maja Keuc is actually joined by a male competition and they are performing their very own version of the winning song of the 2011 Eurovision Song Contest being ‘Running Scared’ which will actually be taking us to Baku, Azerbaijan. It is most likely a parody noting that he is a comedian. The jury for the evening is now being introduced with clips from what their work has led to throughout the whole series of Misija Evrovizija. Once more, there is another track being performed by the host with the subject being the two finalists. The first one introduced this evening is Eva Boto ahead of the Prusnik Twins whom as already been stated, will perform three (3) songs each.

The first track of the evening sees the performer is a beautiful emerald green gown. It is the ballad which struck a chord in my heart, the first time round actually and hearing this live is actually  much more mesmerizing than I thought it would be. She is joined on stage by four female backing vocals who are doing an impressive job with the track. The vocals are just superb from Eva this evening as they have been throughout the rest of the competition. and the feel of the Disney like ballad is incredible. I must say that this is a stunning opener for the evening and will surely do well in the Eurovision Song Contest considering the lack of ballads in the international showcase thus far.

Well, this is quite a funny track and therefore the sisters have decided to mix it up a bit by coming out in Chinese attire which clearly transribes well with the song. I believe that they should not have opted for the red wigs but nevertheless, it is a very colourful staging. There are four female backing vocals on hand once more. The song is a pop/oriental type of track which makes the people interested in listening. The refrain is extremely catchy but then again, no real strength is needed in the vocals. Mid-way through there is some r’n’b but this does bode well once more. The lyrics are insanely stupid and Slovenia would near the end of the scoreboard with such a track.

This is a much different side of the singer and the choice of this track is surely the fact to show that she is a verstaile performer. She has also changed her attire to a more subtle black dress and is joined on stage by four male dancers and one female backing vocal. The track is a pop/rock uptempo number which definitely suits her vocals beautifully. It is quite interesting that if they would love to go for an uptempo track, they have to choose this one as well before she has the voice, the looks and the choreography. I must say that in playback, I did not really like this one but the performance might have just saved my opinion and made me alter it completely. Well Done!

The two sisters seem to have the comical factor this evening because they come on stage wearing army like oufits in shades of cream and khaki. They are joined on stage by three male backing vocals who are doing the harmonies. The ladies are enjoying their time on stage but that does not always mean that it is the best thing. The vocals are spot on true but they are not being tested with the tracks that they  have been given. The audience are clapping along to the cheery pop tune which features a little bit of a jazzy feel. Nothing to fault in the performance but this song is just an album track which would not stand out especially with the slight country feel at the end. This style works for artists such as Veronica Lynn but not for these twins unfortunately.

Beautiful high notes in the beginning of the song and Eva Boto walks out from the side of the stage in a beautiful cream gown which she has decided to top up with a cardigan. The people in the audience are already in a frenzy to the song which is written by the composer of ‘Molitva’. The oriental sound in the background is just astonishing and this is the song to beat this evening. The vocals are just amazing and one cannot fault anything in the performance. Another three backing vocals walk out on the stage as Eva picks up the pace so slightly. Goosebumps near the end, brilliant indeed! I have not had this feeling in a while but this could win the Eurovision Song Contest.

The only song that the sisters are presenting in English this evening and I can honestly understand why because one can barely understand their accent. They are clad in black leather for this track though and they are joined by three female backing vocals who are also clad in skimpy black dresses. Suddenly two male dancers come out with walking canes which they use as props. This is a very good song actually and I must say, I am impressed byt he vocals of the girl along with the act they are putting up for this one. This is surely the best song from them tonight and the one which will be worthy of making the super-final in just a couple of minutes. Well Done Ladies! You have finally managed to impress me. Well done to the broadcaster on the amazing camera work!

Well, this is quite an interesting race this evening and the people are being called upon to vote for their favourite act with the act reminding the viewers at home that in the long run, one track from each will be chosen. The interval acts will also start kicking in before the decision will  be made. There seems to be a general opinion going around that Eva Boto was the better performance in general. A number of cover versions are now being performed on stage before going for yet another break this evening. The first round results are no in and Eva Boto will be performing the song ‘Verjamem‘ in the super-final. It will surely be the song to beat. In the meantime, the Prusnik Sisters will perform the song ‘Konichiwa‘ which was the worst out of their lot of tracks. Once more the performances are being shown on stage.

The performances will not be changing this time round but then again, both the acts will be fighting it out against each other with the best vocal performances being given out. Anggun continues to tour Europe to promote her song ‘Echo (You and I)’ and she does it whilst being extremely fashionable. This is quite a long show with many recaps! Two of the judges join forces with Maja Keuc for the interval as they perform the 2002 entry ‘Samo Ljubezan’. Another recap comes up and now once more, another interval act in the form of Emilija Kokic, the lead singer of the former band Riva who is performing the 1989 Eurovision Song Contest Winner. Of course, Maja Keuc is now on stage with ‘No One’. Another comical moment by the host this evening.