One of the countries that have been participating for quite some time is The Netherlands, a nation that has managed to garner victory twice in the history of the event but the last time this took place was back in 1975 thanks to the group Teach-In with the track ‘Ding-A-Dong’. In recent years, there has been a number of disappointments leading to the loss of the backing of the broadcaster; NOS in favour of the more current broadcaster; TROS. This change was implemented back in 2009 and despite the attraction of star names to represent the Dutch country at the musical extravaganza, the results are yet to improve. 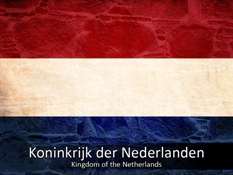 Goedenavond Amsterdam! The Dutch broadcaster though has re-invented their selection process and called upon successful producer John Del Mol to take care of the proceedings. This did take place and thus, he hosted a song submission process which attracted more than four hundred (400) entries in total. In the end though, it was revealed that six would make the final cut and they will be presented for the very first time this evening when the selection is hosted. The acts have been put in respective duels with the jury and televoting both accounting for 50% of the final vote. There will also be an advisory international panel featuring people from all of the participating nations in the Eurovision Song Contest. The duels can be seen below.

We have started and there seem to be a very good atmosphere in the studio. Presenter Jan Smit is welcoming the audience and the people at home. He’s explaining about the three duels and tells also more about the voting procedure as mentionned aboved. The professional jury is composed of Carlo Boszhard, Ali B, DJ Afrojack, Stacey Rookhuizen and Jeroen Nieuwenhuize. It’s time now for the first duel!

Tim Douwsma has the honour of opening the show. He comes from Friesland in the north of the Netherlands as has already very good looks that could appeal to the eurovision fans. His song is quiet happy song and he seems to enjoy it. The singer is accompanied by two male dancers and two female backing singers. Not a bad start of this National Final.

Duel 1: Pearl – We can overcome

Pearl is the opponent of Tim. She’s bringing a sensitive ballad and brings it quiet well. She’s all alone on stage at first but then accompanied by 4 backing vocals. The song is growing as it goes further and she shows very good her vocal capacities. At times she makes me think of Glennis Grace who represented the Netherlands in 2005.

The second duel starts with the performance of Joan Franka. She’s dressed like an indian woman and sings a song which is at first very simple but then turns in a midtempo happy feeling song. I cannot see it on Eurovision stage, but respect for having the guts to come with such a song!

Raffaëla is singing the uptempo song Chocolatte. The female dancers as well the singer are dressed, let’s say it very nicely, very cheap. It also put the attention away from the song i believe. However i was hoping on more from this singer, the level is quiet poor. It will be interesting to see who will go through.

The last duel starts with Kim de Boer and Children of the world, a title which could have easily been from Ralph Siegel! The singer is accompanying herself on a piano and she’s having 5 backing singers. This ballad is actually, although maybe cheesy very good, i like it and Kim has a really good voice! In the second part of the song the singer is leaving the piano and continues to give a very good performance. Curious to hear later on how the jury and public thinks on it.

The last song comes from Ivan Peroti who has already worked quiet a long time in music industry also as composer, but now he’s on the main stage again himself. His song is quiet good built up and he has also 5 backing singers to support him. Good song, although my feeling says Kim might win this battle.

Again the foreigners give their and advice and they go for Ivan, so they didnt like too much the cheesy song from Kim. The first judge gives 3 pointss to Kim and 7 to Ivan. The second judge gives the same voting as the first judge. The third judge is following the first two judges. The fourth guide is giving 2 points to Kim and 8 to Ivan. The last judge is giving 6 points to Kim and 4 to Ivan. A quiet big advantage for Ivan, so lets see what the final result is after the televoting. The decision is as follow: 48.4% for Kim and 51,6% for Ivan. Ivan to the final but it’s clear the public at home wanted Kim to qualify.

The three finalists Pearl, Joan and Ivan are called again on the stage and will all three perform against after which the jury and televoting will decide on who will represent the Netherlands at the Eurovision in Baku! The foreigners give their final advice and they seem to go for Ivan (40) before Pearl (36).

It’s time for the results of the televoting. We see the results and it’s Joan with 37,1%!!! Second is Pearl with 33.6% and Ivan with 29.3%. A very surprising result especially Joan was way behind after the jury vote, so the dutch public voted massively for Joan! Goodluck the Netherlands!