Almost a month ago, the Public Broadcasting Services (PBS) hosted the 2012 edition of the Malta Eurovision Song Contest with many locals and foreigners commenting that the level of the entries in this years’ competition was one of the best ever with many possible tracks to send to the musical showcase in Europe. It is quite interesting that there was no front runner when hearing the songs back through the excellently produced studio versions of the tracks in a video format used for promotion in the lead up to the event. Nevertheless, when it came to the live performance, things changed completely because it seemed that the favourite of the foreigners, including renowned musicians in the industry was Claudia Faniello with the song ‘Pure’ composed by Philip Vella and Gerard James Borg but when it finished in second place, due to the public tele-vote, things changed and suddenly, all possible hopes of an astonishing result seemed to be dashed according to our international readers. 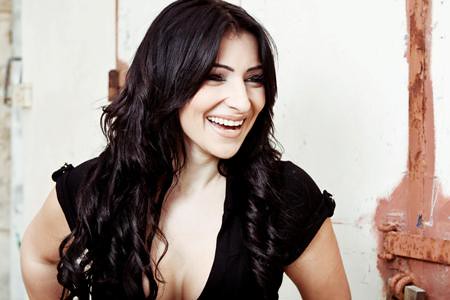 In recent weeks, we have hosted a poll asking the readers to vote for the best track out of the top five which would have done Malta proud in the Eurovision Song Contest taking place in Baku, Azerbaijan and it was a resounding victory for Claudia Faniello who came out on top with 44.5% of the vote as opposed to the runner-up Kurt Calleja whose track ‘This Is The Night’ could only rack up 29.2% of the vote. The eventual track that will be representing Malta in the second semi-final come May only managed to close the gap in recent days as a surge of votes took place noting that people are only growing to like it just now, almost a month after the preselection. Most of the viewers will be hearing the songs for the very first time during the semi-final and that might be the cause for the current dismay seeing Malta third from last for chances to win the competition and last in the semi-final stage of the competition with the best odds being a one (1) in eighty (80) chance of qualification.

The other three spots were also randomly mixed with Gianni and his track ‘Petals on a Rose’ placing in third place with 9.7% of the vote noting that he did finish in second place with the general public on the night of the competition. In fourth place with 8.4%, it might be a surprise so to speak because Amber and her song ‘Answer With Your Eyes’ failed to connect with the public at first in fact, not even garnering any points during the Malta Eurovision Song Contest finishing in third place thanks to the high points given by the jury present during the evening. That leaves only one spot which was taken by Richard Edwards with the song ‘Look At Me Now’ garnering 8.1% of the vote. He did finish in fifth place during the evening as well. It seems that the public that voted on the site was mostly right with the tele-voting but following the current talk on the Maltese entry, will there be any regret in the choice of the song? The poll is an opinion of eight hundred (800) individuals from all over the continent.

Speaking of Claudia Faniello, the success continues through Itunes where she did hold onto the number #1 spot for quite a couple of days, still keeping her place in the chart at number #32 and you can help her rise by buying it here. It is one of the two songs published on Itunes from the 2012 Malta Eurovision Song Contest, something which the Public Broadcasting Services should take into consideration following the examples put forward by Italy, Denmark, Sweden, Norway, Ireland, and Cyprus who all released their pre-selection songs through the digital retailer with the aim of garnering exposure. There needs to be a complete overhaul with regards to the strategy used which will in the long term be much more successful noting that all of the mentioned countries have been quite positive about their chances in recent times following an alteration in the strategy. Stay tuned to ESCflashmalta for more interesting news about Malta in the 2012 Eurovision Song Contest as we continue to support Kurt Calleja and his song ‘This Is The Night’.